The return of the original RPG. Guest Post - Christian Ahlin 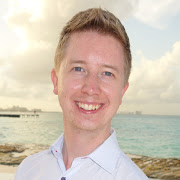 This guest post comes from Christian Ahlin, creator of the forthcoming pen and paper RPG, Triniton...

Let's imagine a time. A time without massive gaming consoles with thousands of streamed games, without social media and their Farm crush clash of GO. A time when children were asked to be home for supper, when VHS had just launched and when "game and watch" meant a pocket-sized game with the current time on it (if you had painstakingly put in the correct time and kept the batteries charged, that is).

This was a time when Dungeons & Dragons spread like wildfire. It wasn't a book. It wasn't a war-game. It was the magical baby of heroic fantasy adventures that a group of kids could take into their basement with some dice, pen and papers and journey as far as their imagination would take them.

Storytelling has been a central part of humanity ever since speech evolved around the cave campfire. There is this intrinsic value of conveying information that one can absorb and better themselves without having the actual experience. But pandora's box opened when the first cave dweller realized you could go beyond actual experience and tell a story that hadn't happened.

Fast forward back into the cellar. With rising tension from the cold war, having your hero venturing out and defeating the evil, being in control from the safety of your sofa was appealing, to say the least.

But the cold war ended. Pacman evolved into Mario kart and roleplaying by pen and paper gave way to Final Fantasy, MUDs, Ultima Online and Everquest.

Although a shrinking niche, the core promise of storytelling in roleplaying games still appealed, in contrast, the boxed experiences computer games offered and the hobby continued on, albeit just a shadow of itself.

Today, 20 years later, we have reached the top of the digital mountain and are finally taking a fresh breath of clarity.
Reflecting upon that
And all this in a time when the whole world is getting safer, more educated, healthier and richer (if you look at the data and not the news).

The macro trends I see is

And yes, by now you've probably guessed it, the solution to all these issues, improbable as it may sound... is role playing games.

Boiled down to the core, role playing games involve
Many are searching for "fun", but it's the feeling you get when experiencing those things listed above.

And although the new technology can be used in a positive way with
But my take on all this, is that to change the world, you must start at home, with your family and with your own/soon to be friends.
And the biggest lie is not having time, it's always a matter of priority, and now you know what's at stake.

So although I just created my first game, I took all this knowledge, mixed it up with the best stories I could muster and boiled it into a game that's aimed to be

It took me two and a half years to get this right, and I hope my daughters will be part of the new generation that carries the healthy values and behaviours into the technological future and makes it not only a better world, but one with happy, prospering people in it. 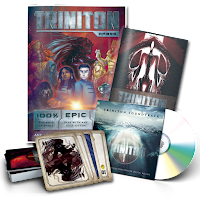 If you want to support me, head over to www.triniton.se and get your copy, but the important thing is: