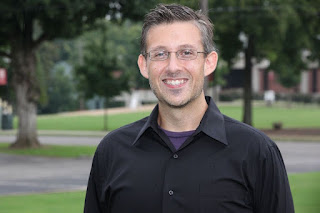 As a child, my personality was pretty much made up of two things: gaming and writing. Some of my earliest memories involve either sitting in front of a TV with an Atari 2600 joystick in my hand or scribbling down squiggly lines in a notebook and telling my parents they were Spider-man stories.

So it really should be no surprise that as I have become a somewhat functional adult, my core personality was already set. I am a gamer, and a writer. Lucky for me, the two most prominent interests go together pretty well. 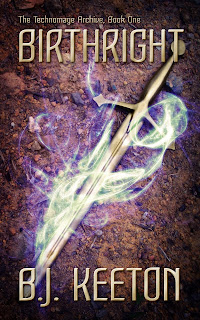 Back in 2010, I got the idea to write a novel. I mean, I’d had the idea before, but in 2010, I decided to sit down and actually do it. And, I thought to myself just like every other gamer/writer, wouldn’t it just be awesome if this book were--wait for it--like a video game adventure?

This is where y’all collectively sigh and groan at how much of a cliche I was.

However, I think I handled the idea differently than a lot of people would have (or do). Instead of writing a novel about a Dungeons & Dragons campaign my friends and I played that was full of in-jokes and situations that were only funny if you knew the context and people involved, I wanted to write a novel using the concepts and technologies that made up modern MMORPGs.

I wanted to weave things that players were familiar with into the narrative: the tank/healer/DPS trinity and instances, in particular. I started Birthright with the idea that these gameplay mechanics were a natural part of the world, that there were rules and physics that governed instances, and that when going out on a mission, the trinity was the best way to keep everyone safe. 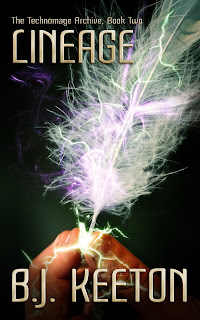 And the thing is...neither of those elements is interesting on their own. What could I do to make readers care about them? As an English teacher, I knew just the thing--make the book about the people, not the ideas.
Unfortunately, I failed at that. At least in the first few drafts. My beta readers beat me up. They railed on how static my characters were. How stereotypical the tanks were. How whiny the healers were. How the DPS were erratic. I took it to an extreme and just made classes instead of characters.

I did exactly what I was trying to avoid, only instead of characters only I liked, I did it with characters no one liked.

As I revised, I went back to the games that inspired me to write the novel in the first place. I thought about why I played MMOs to begin with. I thought about what made me keep playing them. And not once was it because the classes were just too cool to pass up.

No, the reason I played MMOs was because I loved the people. The people are what make gaming worthwhile. It’s the reason that playing Mario Kart with your friends is more fun than blue-shelling a CPU Bowser.

When I thought about it from that perspective, the rest of the novel fell into place.

The tank was no longer the tank. He was Chuckie Tidwell, and he wasn’t just a meatshield anymore. He had a full personality, faults, and insecurities. And he was going to have an arc that was going to be fleshed out by the end of the series (it’s a trilogy, after all, so I couldn’t have it all be perfect in Birthright, tee hee).

You know, the same way that people do in MMO guilds and Discord channels and Twitter chats. These people who were thrown together in the in-universe equivalent of a dungeon-finder (an automated queueing system that puts groups together for you), and they were forced to become a cohesive unit that communicated and reached their goals by working together. 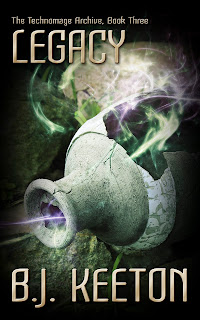 It was a concept that I had seen specifically touched on in books before--I mean, of course every fantasy novel has a party of rag-tag adventurers--but I hadn’t seen one that borrowed heavily from video games in the sense that the characters were intended to be meta (to the readers who understood the culture).

Every member of the team has archetypes they fill for their role in the story, but their personalities rely on the archetypes of the people I’ve interacted with online in the past. For instance, the kind of people who tend to play tanks may share personality traits that draw them toward that particular role, and the same for support, healers, and damage-dealing characters.

Over the course of the series, the characters grow and change, moving farther away from their original starting points. They gain new abilities and talents (see what I did there?), and they become closer and closer with one another, while still working to fulfill the goals that originally brought them together.

I stuck with this idea the entire way through the trilogy because that sole concept of growing and changing with and because of the people around me is the primary reason I play online games. I don’t do a lot of “matchmaking” games like Call of Duty or Battlefield because I prefer the long-term community and friendships that come from interacting with the people behind the keyboard far more than I do interacting with the pixels on my TV or monitor.

If you’re a gamer who loves people as much as I do (and even if you’re not!), I think you would really like The Technomage Archive. I can’t realistically say it’s the best sci-fi trilogy out there, but my totally biased opinion is that it’s worth your time to check out.

And hey, you might even make some new friends while you’re at it. I know I felt like they were mine.

B.J. Keeton is not only a science fiction author, he also co-hosts the Geek to Geek Podcast and hosts the Geek Fitness Health Hacks podcast. He loves talking to people on the internet, so feel free to give him a yell at @professorbeej on Twitter.

The first book in the series, Birthright, is currently available for free on Kindle
Amazon US 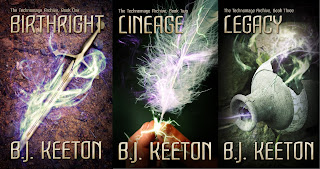