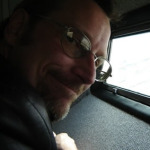 When Knifesedge Blogs asked me to write a guest blog about how gaming and writing come together for me, I was stumped. For about ten seconds. Then Eureka! I realized just how much crossover there is between the two for me.

I write post-apocalyptic sci-fi horror fiction (not all at the same time, most of the time), and if you think about some of the more popular visual media products in those genres—Star Wars, The Walking Dead television series, the Left4Dead and Fallout games, to name a few examples—they all have one thing in common for me: great storytelling. (In the case of Star Wars, I’m talking Episodes IV-—so go with it.)

In Other News…The Sky Is Blue on a Sunny Day

I know what you’re thinking: Yeah, tell me something else I don’t know. But you’d be surprised how often the fundamental idea of great storytelling gets glossed over. Take DC versus Marvel movies, for example. We can debate the merits of both franchises and how Batman can kick Spiderman’s ass every day of the week and twice on Sunday, but the reality is, Marvel has been much more careful about how they’ve rolled out their multiverse. They’ve taken the time to do it right and aren’t trying to cram ten years’ worth of storytelling into a handful of movies—unlike DC. Turns out: craft matters.

On the other hand, look at DC on TV—specifically, The CW’s Flash, Arrow, Legends of Tomorrow, and now Supergirl series. (Full disclosure: I’m a big fan of these shows, though LoT could use some improvement, IMHO.) Television—as a serial medium, with each episode acting like a chapter in a season-length novel—is a great medium for telling comic-book storyarcs about interesting characters and their problems and how they solve work through them by pummeling bad guys.

If you’re interested in more thoughts comic-book storytelling in different media, check out Episode 15 of Geeks of a Certain Age, a podcast that I co-host with my geek brother from another mother, Hank Garner.

Thanks, Professor. What the Hell Does That Have to Do with Gaming?

Great games are like great visual media of any kind—they immerse you in a world that doesn’t involve making your mortgage payment and they let you project your fears and hopes and gym-workout-best intentions on buff, smart, funny player characters. Left4Dead (and its sequel) are, boiled down, a redundant, fairly predictable series of FPS games. But they have fun characters who regularly bark at each other (especially when you shoot one of them in the back—oops). From the chapter subtitles (“No Mercy: Curing the Infection…One Bullet at a Time”) to the graffiti on the walls in the safe rooms to the aforementioned PC snarking—the game has great humor. I’m not a big fan of FPSs, but I’m a huge fan of the L4D series. I’ve played all those precious few chapters over and over, again and again. My family and I make a “zombie night out” of it on a regular basis.

When I write—especially darker stuff—I try to connect with readers in the same way. I personally believe that every one of us enjoys gallows humor and dirty jokes. (How much we let others see that side of us depends entirely on how well we know them—right?) Humor is a huge part of my horror fiction; as is helping the reader get to know the characters I’m writing about—even secondary characters and especially bad guys. I do my best to not create one-dimensional placeholders. They’re boring and offer nothing to the reader that reflects back to them a little piece of who they are.
That comes straight out of what I love about roleplaying games. I grew up reading Star Trek novels before ST novels were cool. (Remember Ballantine Books?) I played D&D in the late ’70s and early ’80s (and if you’re interested, you can hear me do it again with some other great gamer-writers on the podcast Sci-Fi Writers Playing Old School D&D). It’s all about character and character experiences in RPGs—or at least it’s mostly about that. Action too, of course. Plot’s important to keep me interested, right? But I couldn’t care less about what’s happening if I don’t care about character, first and foremost.

Similarly, my personal writing philosophy is this: everything derives from character. The plot moves forward not because lightning strikes, but because Sam the Hero chose to go out on a stormy night. If lightning strikes—well, he should’ve made a better choice. Games like Telltale Games’ The Walking Dead—a favorite of mine from the past couple of years—shows this in spades. The gameplay itself is fairly simple (point-and-click combined with branching decisions that influence gameplay and what other characters think of you), but the storytelling is intimate, sometimes harsh, and always engaging (just like the series it’s based on). It’s about relationships between the player character (you) and the non-player characters. It’s about the human connection. And that’s the core ingredient in great storytelling, whether in fiction or gaming or television or movies.

The Play’s the Thing

I’ve rambled on a while, so I’ll sum up. Relatable, complex characters; humor (the darker the better in difficult circumstances); action that gets the heart pumping—all aspects of games I really enjoy (like The Witcher , which I’m currently playing). Depth, breadth, immersive experiences—a world I can lose myself in (like Total War: Warhammer, which I’ve also spent a couple hundred hours in over the last few months). For me, these are the hallmarks of great gaming and great storytelling. And they’re the same ingredients I stir into my storytelling when I write fiction.

But overlaying all? Fun! Good novels, like great gaming, must be fun. Even when they’re dark. Especially when they’re dark. At the risk of pontificating (further), I’ll finish up with this thought: the closer a great game (and story) can connect to the person experiencing it, the better experience the reader will have. That means both gaming and storytelling have to impact the gamer or reader emotionally—whether that’s a complex family drama novel or the simple emotion of adrenalin-pumping fear you get from your favorite FPS.

Relatable, complex characters; humor (the darker the better in difficult circumstances); action that gets the heart pumping. Depth, breadth, immersive experiences—a world I can lose myself in. These are the hallmarks of great gaming and great storytelling. And they’re the same ingredients I stir into my storytelling when I write fiction.

Think back on your favorite gaming or reading experiences and drop a comment below—am I right? Am I wrong? What makes a great gaming experience for you? When you finish a novel and go, “Whoa! That was awesome!” why do you react that way? Knifesedge and I are curious…

If you’d like to see if my fiction lives up to my claims in this blog, here are some options for you:

·         The Serenity Strain: Stormbreak. The first novel in a trilogy about the end of the world set in Texas. The sequel, Ironheart, came out recently. The final novel is on the drawing board.

·         Tales of B-Company: The Complete Collection. A collection of novellas set in Michael Bunker’s Amish-Sci-Fi world of PENNSYLVANIA. Pew-pew sci-fi with Sgt. Fury and His Howling Commandos roots.

·         Unconditional: A Tale of the Zombie Apocalypse (short story). What if The Walking Dead occurred from the perspective of the family dog?


This post is part of Blaugust 2016, an initiative to Blog throughout August. For more information visit the Tales of the Aggronaut Blog