From Fiction Writer to Game Designer and Back Again 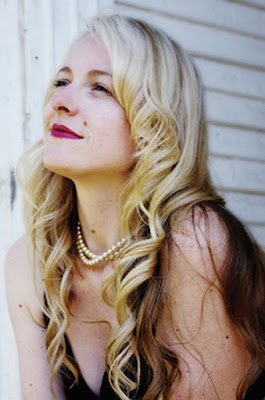 When I first started working in roleplaying games, after two decades of writing fiction, I had the impression that my transition from writer to game designer was going to be a simple one. I wrote all kinds of things—novels, short stories, essays, articles, non-fiction books. This was just one more thing, right?

And I’m pretty sure I said as much to Monte Cook, as he and I were starting to work together on my first game project, Numenera.

“There are some big differences between game design and fiction writing,” he said. “They trip up a lot of fiction writers who try to make the transition.”

Of course, I didn’t “have this.” I didn’t even know what “this” was. Looking back, I give him a great deal of credit for not rolling his eyes at me and bursting out laughing (at least, not where I could see him). Not even when I came back to him after failing miserably, and said, “I don’t know what I’m doing. Help!”

The statement above isn’t entirely accurate or all-encompassing, but it depicts the basic idea.

In fiction writing, you want to hold out on revealing things until the proper time. You ask questions and then don’t answer them until much later. Who did it? Why? When? How? The hidden, the unknown, pulls the reader along, enticing them, dancing out of reach, making them ache for the answers.

In game design, the unknown (particularly as it pertains to rules) is almost always instantly confusing and frustrating. Readers need to know the important stuff, and they need it to be clear and concise.

I started out writing games the way I write fiction. Here, on page 2, is a red-striped tiger foreshadowing the bloody death that happens on page 311. You might not notice it now, but it will ring some distant bell for you when you get to that scene and you’ll think, “Somehow I knew this was coming.”

For game design, that looked more like, Here’s someone rolling some dice and getting a result that you don’t understand yet, but after you read the section in the way back on special rules on dice rolls you’ll know what that means.
I thought I was creating mystery, something to keep the reader reading. But if that had been published, it probably would have just created anger and confusion. Players probably would have thrown the book across the room and then bitched about me on some forum somewhere.

Instead, I taught myself to think of games as more of an instruction manual, to lay out everything in the order that the reader would likely need and want it. There’s a psychology involved in this. What will the game master (GM) or player need to know and when will they need to know it? How much do they need to know right now, and how much can wait until later? And, of course, every reader is different, so you can only hope you’re getting it right for most readers.

Understanding this led me to what I think is the next difference between fiction writing and game design:

Are You God or God’s Personal Assistant?

As a fiction writer, I am god. I tell the story. I dole out the information when and where I please. I tell you as little or as much as I want to about the characters, that city in the distance, the long-necked creatures who raise their heads to the sky every morning before dawn. (Of course, I’m an imperfect god and I don’t always get all of those things right, but I certainly try).

As a game designer, I am god’s personal assistant. You, as the game master, are god. I try to anticipate your needs—“god likes to wake up with a cup of setting and a dose of rules on the side”—and give you what you want, when you want it, so that you have everything you need to tell the story. So that you can play god for your players. (It goes without saying that I’m an imperfect personal assistant too. But gods are fickle creatures, and you can only guess at their needs most of the time.).

Which leads me to:
Fiction Shows. Game Design Tells.

Again, an oversimplified statement, but it captures the general idea. In fiction there’s an old adage that you should show, not tell. There’s a whole essay (or book, or series of books) on what that means exactly, how it can be used, and what it can do for a story. But the basic idea is that you keep plain exposition to a minimum and focus instead on showing your reader exactly what you want them to see. It’s a selective lens, designed to create the story by focusing only on certain elements.

If your narrator is walking along a street, looking over their shoulder for the Big Bad to jump out and shoot them, they’re not going to be telling the reader, “And there’s the department store called Roger’s Drugs; I get my mom’s prescription filled there. And after that is the pet shop where I bought my first fish.” You want them to be searching for a place to hide. “The alley between the department store and the pet shop beckoned, a small dark promise of safety.” That might be the only part of the street that the reader sees, because it’s the only important part for the story.

Game design, on the other hand, requires blatant exposition. You don’t know what the players will be doing when they walk down the street. Maybe they’re being chased. Maybe they’re hurt and need to fill their prescription. Maybe they’re just looking for a meal and a cute puppy to buy. The point is that when you’re writing the game, you don’t know what information the game master will need. And so you need to give them everything that the players might want to know. All the shops, what they sell, who works there, what they look like.

It also means you end up with sections like “How to use this Book” and “Why Travel to Greater Garravia?” which basically talk directly to the reader, telling them exactly what they need to know to get the most out of their experience.

I don’t want to overemphasize the differences too much, because game design and fiction writing do share a lot. Perhaps the most important element, the one that I think makes the difference between great writing and good writing, no matter the genre, is human empathy. I don’t mean empathy for your characters—although that’s important—but for those who are going to interact with your words. Reader empathy, if you will.

Empathy gets thrown around a lot in many different contexts, but it basically means the ability to understand, be sensitive to, and vicariously experience another person’s thoughts, feelings, and experiences.

An ability to imagine and understand how someone other than you might want to use your game or read your story is, I think, a vital part of its success. It means the difference between just writing some words on the page and creating an interactive, lasting experience between you and your audience. 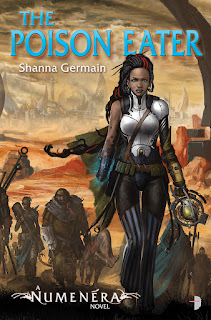 Shanna Germain is the author of myriad stories, books, and games, as well as the co-owner of Monte Cook Games. Her most recent works include:

No Thank You, Evil!

Amazon US
Amazon UK
Posted by Knifesedge at 14:03