Her Story - Most original Indie game this decade REDUX - Win a copy!

I'm rereleasing this post to the wild as I have a code to give away for the PC version of Her Story. Leave a comment on this post and I'll pop you in a draw for the Steam Code. Draw on 1st July
Note that the game is currently on Sale in Steam for £2.49

Thanks to the fine folks at The MMO Show, I discovered a great new Indie Game called Her Story. 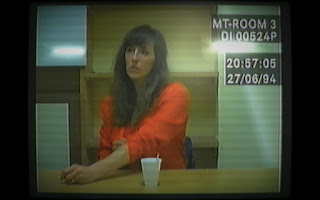 I grabbed it for my Ipad, as I don't have much in the way of mobile games, though it is available for PC too on Steam for £4.99.

The game, from Sam Barlow, mind behind Silent Hill:Shattered Memories, is basically a detective game using real video, a series of police interviews with a woman who's husband has disappeared. Using keywords, the player has to go through snippets of video and piece together what has happened.

Without spoiling the story, this is so much more than a murder mystery and the most original game I have seen in years. I highly recommend it!

Edit: Having now pretty much finished the game, I can recommend even more highly. The acting talent of the interviewee and her nuanced body language adds another layer to a startlingly well written game and expect to be thinking about this game long after you finish it.
Posted by Knifesedge at 14:55