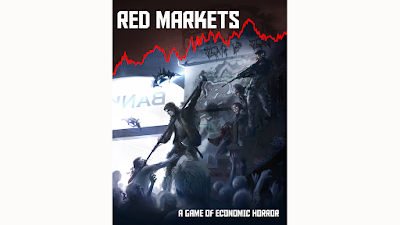 I've just signed up to play in a new Play by Post game over at Gamer's Plane in the newly Kickstarted Red Markets, described as "a game of economic horror where the world has ended and the rent is still due."

Set in a Zombie apocolypse, the characters play Takers, essentially hired scavengers in the wasteland called The Loss to earn their way into the safe zone, known as The Recession.

My character, Jimmy "Home Run" Larsson is a former Major-League Baseball star, or was about to be. After being headhunted for the Boston Red Sox, and a multi million Dollar contract, the world turned to hell. Now he is obsessed with money, looking for that big payday, with his only possession in the world, his trusty bat.

The One Shot podcast recently featured the game and the creator, Caleb Stokes gives and overview of the system at about 9:15

I'm really looking forward to trying out a new system and I can never pass by a good Zombie Apoc and this one looks pretty profitable! 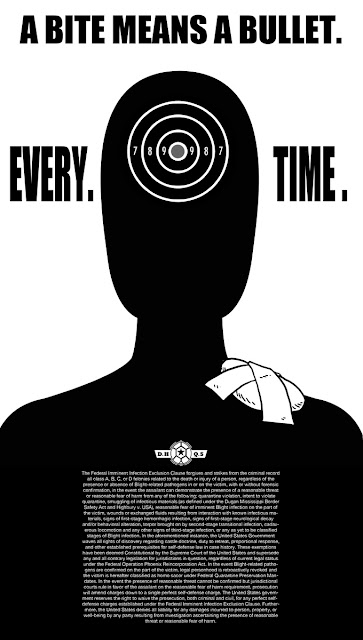